What is Surf and Turf? - Benny's Tacos & Rotisserie Chicken 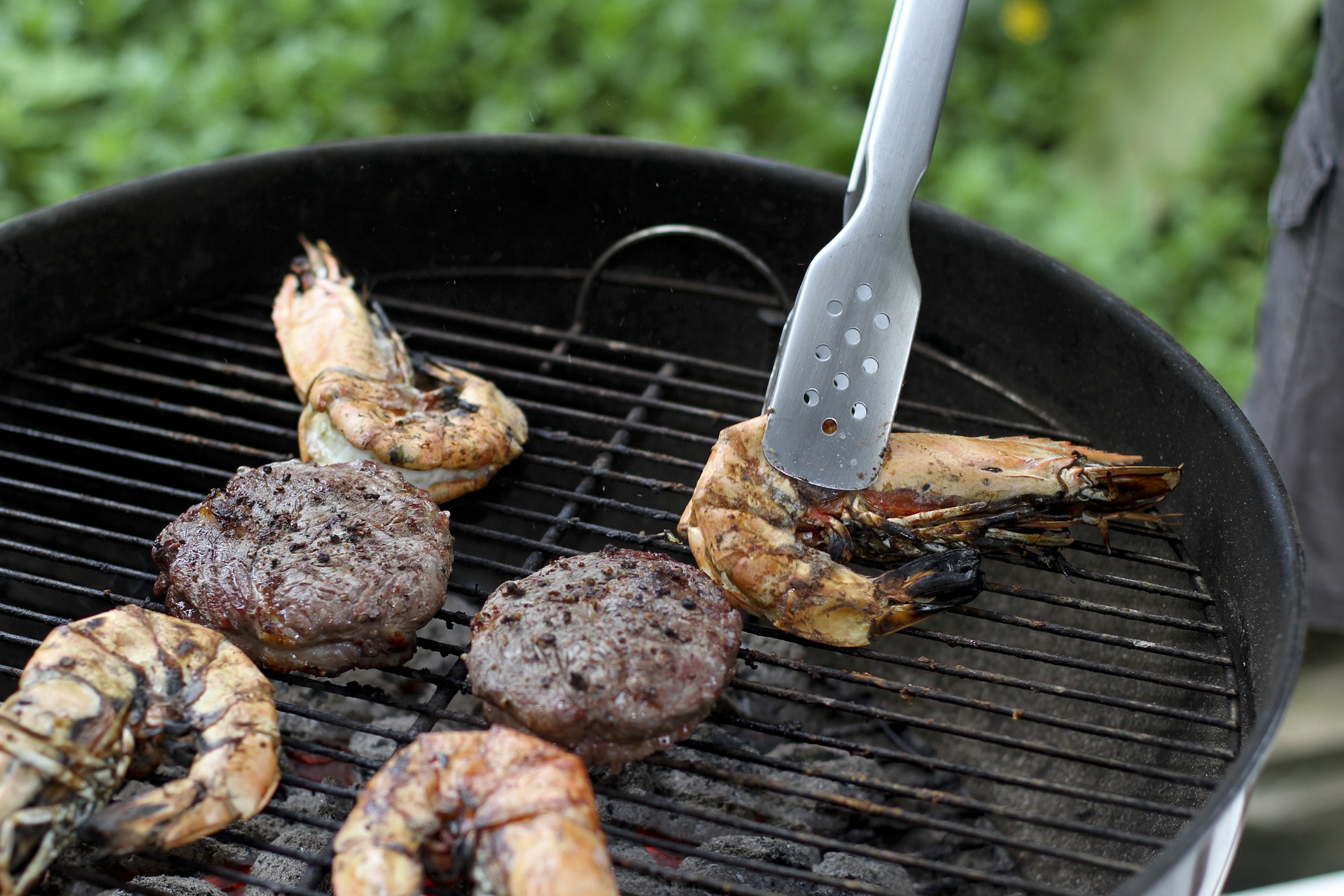 If you live near an ocean – like the Pacific Ocean – odds are, you have heard of a food dish called “surf and turf.” International restaurants have even been known to call it “beef and reef.”

No matter the name, this delicious meal involves pairing two amazing foods: seafood and red meat. Let’s take a dive into how this meal came into existence and where you can find it at Benny’s Tacos & Rotisserie Chicken.

There are many famous food pairings in the world: hotdogs and French fries, spaghetti and meatballs, peanut butter and jelly. Surf and turf is another amazing addition in that it combines two expensive foods into one dish.

As mentioned above, surf and turf involves a combination meal with both seafood and red meat. The “surf” part refers to the seafood, and the “turf” part refers to animals that feed on grass (cows). The red meat is typically grilled while the seafood can be grilled, fried, baked or boiled. 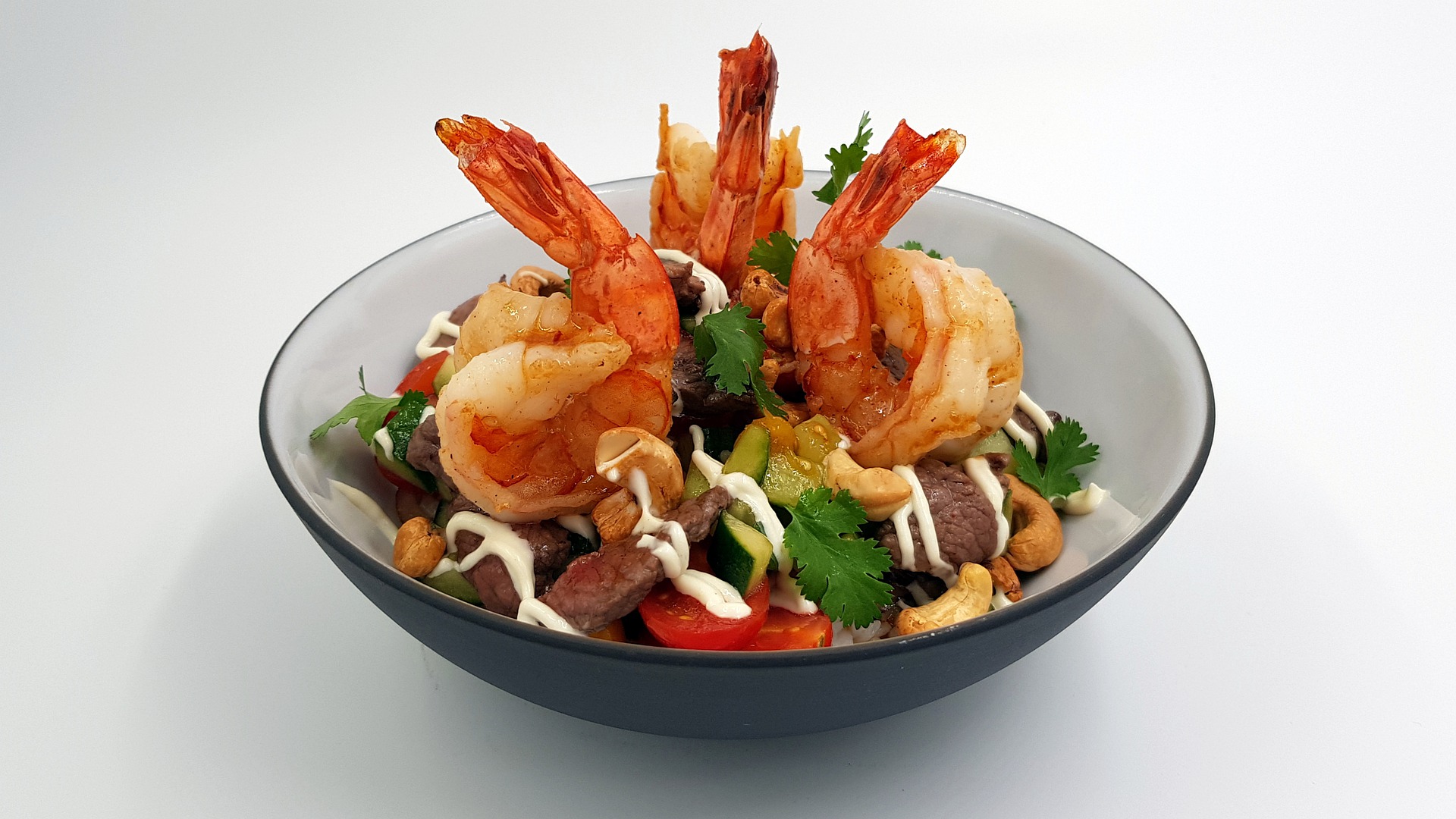 Where Did It Originate?

Many food historians believe the meal was first made in the 1960s, where it blew up in popularity, though there is debate on whether the pairing started on the East or West Coast.

The West Coast side claims a restaurant at the Space Needle in Seattle served the first dish during the World’s Fair in 1962. Another claim is that a restaurant in Van Nuys had a steak and lobster tail combo on their menu in 1964.

The East Coast side, however, often refers to a 1966 advertisement from The Continental restaurant in a Massachusetts newspaper called “The Lowell Sun.” This ad was the first published record of surf and turf and featured a champagne dinner with a junior filet mignon and baked stuffed Alaskan crab legs. As part of a seven-course meal, it cost $4.95, including drinks.

No matter where the original location was, it’s obvious that an ocean was involved. Since both the Atlantic and the Pacific offer fresh seafood, it’s no wonder that restaurants began pairing it with steak.

Over the years, this entree has been revamped and improved by restaurants all over the world so that no matter which pairing you go with, it offers tasty seafood and steak in one delectable dish. 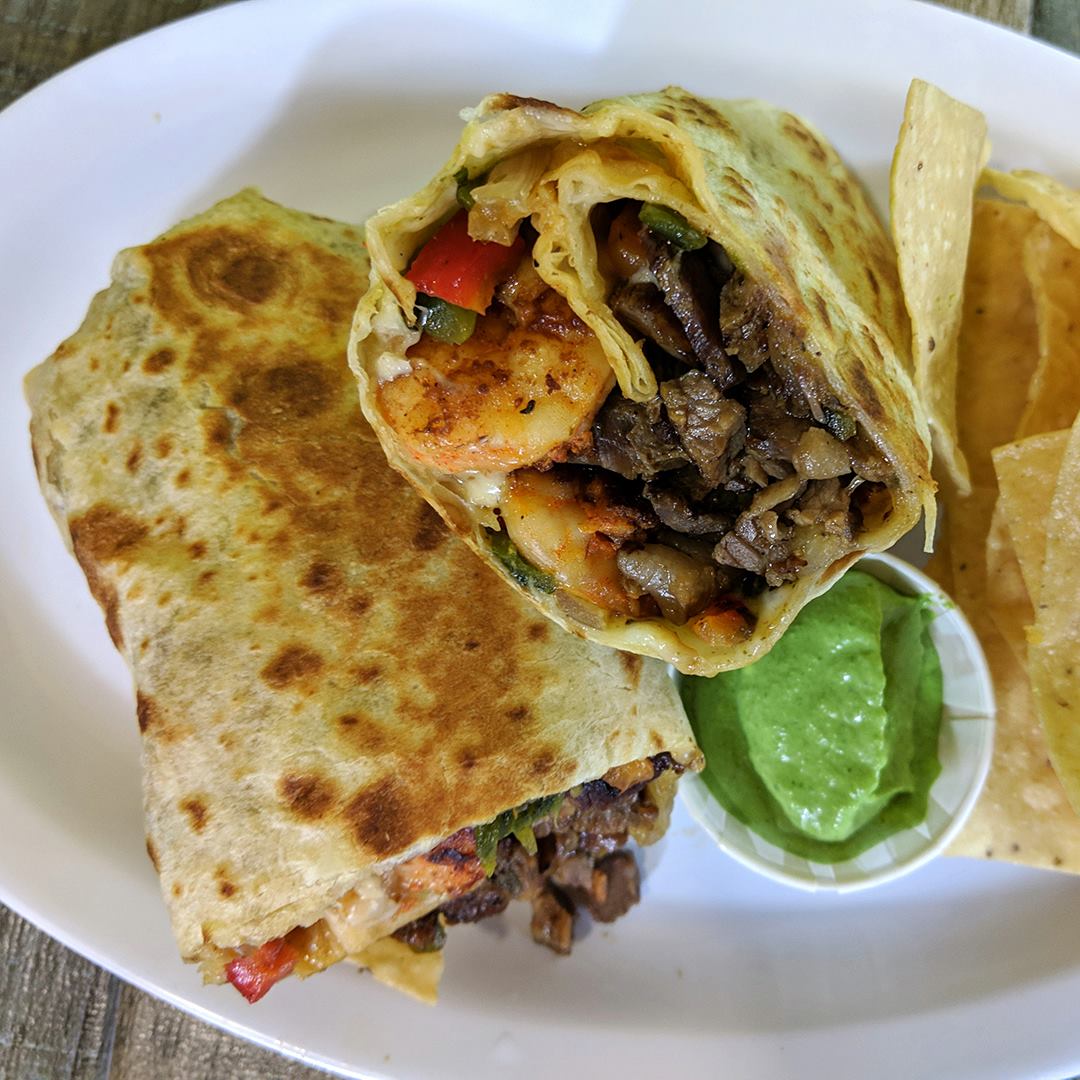 For a true West Coast version of this meal, stop by Benny’s Tacos and try our surf and turf burrito, made with marinated grilled steak and shrimp, caramelized onions, poblano peppers and Jack cheese, served with a side of chimichurri crema.