Charro-outfitted Mariachi bands serenade crowds into the warm night with cheery folk songs. Women dance and leap along the string-lighted street while swirling their multi-colored, embroidered dresses. Sizzling taco carts line the avenue. Not to be confused with the September 16th Mexican Independence Day (Día de la Independencia), Cinco de Mayo is a holiday celebrated by Mexicans, Chicanos, and non-Mexican-Americans both north and south of the border. Primarily a celebration in Los Angeles and other southwestern cities and states, “Fifth of May” is both a day to remember an important event in Mexican history and a way to celebrate Mexican culture and identity. With a Cinco de Mayo food deal, Benny’s Tacos wants to celebrate too.

In 1861 when Mexico temporarily defected on their debts to France, the French Emperor took it as insurgence and consequently deployed some 6,000 troops to institute forcible rule over Mexico. Texan General Ignacio Zaragosa rallied up a shabby militia comprised of underequipped Mestizos and Zapotecs to stop the French army; whom at the time was recognized as the chief military force in the world. On May 5th, after two hours of battle at Puebla, the French were forced to retreat. Outmanned and outgunned, the haphazardly gathered Mexican militia defeated the primed and polished French force. While the victory at the Battle of Puebla still ultimately left Mexico in French empirical rule, it’s considered the first time that Mexico became unified through a feeling of genuine patriotism.

In 1967, California State University students conceived the holiday as a way to preserve their heritage in the diverse, ever-changing United States culture. Using the Battle of Puebla as the basis for the holiday, the students successfully started a Chicano Studies program at their university and set off a now-widely recognized day to commemorate and strengthen Mexican pride and community. 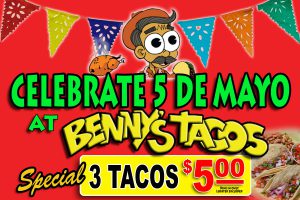